Layne was born in Medicine Hat Alberta, and was raised in Calgary on a steady diet of classic rock and blues music. He picked up his dad's old guitar when he was 15, and hasn't stopped since. He moved to the town of Drumheller at 19 years old, and has been a staple of the Drumheller music scene ever since, playing in numerous bands around the area.

Growing over the years as a singer, songwriter, and multi-instrumentalist, Layne's first love has always been the guitar. From searing rock riffs, to soulful blues jams, to folky acoustic work, and everything in between, he is always looking to expand his musical horizons.

Colin was born and raised in Calgary, AB and has been playing drums all his life.  At one time Colin was a Las Vegas show drummer and has had the opportunity to play all over North America.  Colin understands that entertaining the audience is first and foremost, and serves it up with thunderous performance every time.

Colin is only one of  only two musicians ever endorsed byCANWOOD Drums. 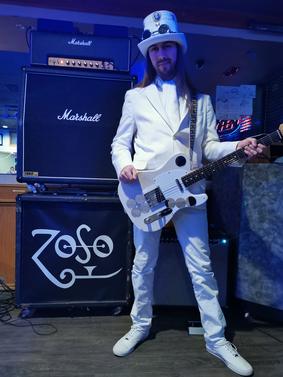 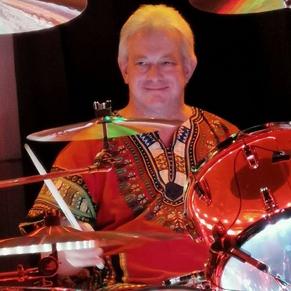 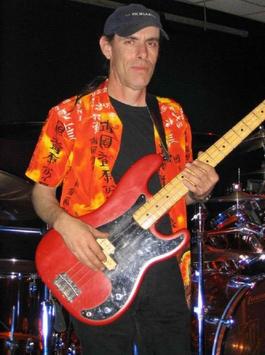 Jean was born and raised in Lac Saint-Jean, Quebec.  He has a love for music that is unsurpassed and has turned bass playing into a true art form. Jean is force to be reckoned with when it comes to his performance abilities and he puts on a show of unprecedented skill.  Jean has always blended in well with others because of his working man motif that he proudly carries with him at all times.  Jean's humble demeanor lends well to his truly amazing stage performances. 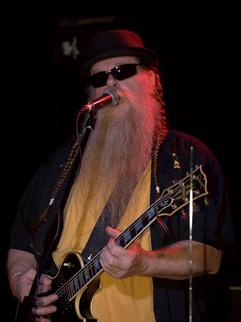 The Rubber Band, Featuring the Music of The Tragically Hip!

Brian Lanigan was born and raised in Saint John, New Brunswick.   Brian is one of Calgary's premier entertainers.  This rock & roll veteran has been performing in the Alberta and BC area for most of his life.  While he has his own band Lanigan & Layne, he is happy to merge forces with The Rubber Band!  Brian has been playing music most of his life and plays all types and styles of music.  Brian is a talent not to be missed!  COME WATCH THE BAND!

NO DRESS REHEARSAL THIS IS OUR LIFE!